Ebonyi State has its fair share of popular musicians. Though the youngest state in South East Nigeria, it has started producing stars in so many fields. Known as the “Salt of the Nation” because of its large salt deposits, Ebonyi State is one of the 36 states in Nigeria. It was created in 1996, making it one of the youngest states in Nigeria. The State shares a border with Benue State to the North, Enugu State to the west, Imo and Abia States to the south and Cross River State to the east.

One of the top celebrities from Ebonyi state is the ever beautiful Angela Okorie who is a Nigerian top Nollywood actress. Since debuting in the industry since 2009, Angela has starred in over 100 movies.

She was born on 1986 in Cotonou, Benin Republic. She attended university of Lagos and Lagos state university and studied theater art and public administration respectively.

He was born on May 27,1990. One of his hit singles is Alubarika featuring top Nigerian singer, Timaya.

Patoranking began his career in the music industry as a street jam and carnival dancer. He has as his musical influences, artists like: Fela Kuti, Bob Marley, Tuface, Majek Fashek and some others.

Patoranking has done collabs with other Nigerian Musicians like Timaya. His hit single titled “Girlie o” shot him to limelight in February 2014. This hit single was born out of him signing a record deal with Foston Musik. Later in the year 2014, he did a remix of the song “Girlie O” which featured Tiwa Savage.

4. AUGUSTINE MILES KELECHI aka Tekno or Golden Boy of Africa or Slim Daddy or Alhaji Tekno was born December 17, 1992 in Bauchi state to a military man in the Nigerian Army. He is an indigene of Ebonyi State, Nigeria. By the time he was 8, Tekno could already play the piano and guitar under the tutelage of a music school. He travelled a lot as a kid due to the nature of his father’s job, living in places like Abuja, Nassarawa and Kaduna and as a result, Tekno is fluent in English, Igbo, Yoruba and Hausa. Tekno whose songs have a unique mix of Afrobeat, highlife and hip-hop sound, released his first single, “Holiday” under the K Money Entertainment Group before he was discovered by the comedian, Julius Agwu at an event in Abuja in 2012, where he performed the remix of Ice Prince’s “Oleku” under the title “Onye Ne Kwu”. Tekno got signed to Ubi Franklin’s Made Men Music Group on October 5th, 2013 under which he released “Dance” and “Anything.”

The name Chacha Eke (Charity Eke) has become a very popular one in the Nigerian movie scene. This AFIKPO Ebony beauty can keep your eyes glued to the screen with her alluring looks, charm and acting skills.

Her father, a Professor, was once Ebonyi State Commissioner for Education. 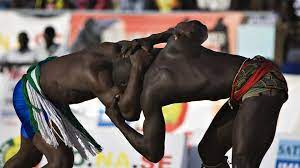