Gunmen have shot and killed an Ebonyi-based businessman, Issac Nnaemeka Chukwu, a week before his wedding.

He had concluded arrangements for his wedding to his fiance, Favour Chioma, who was with him when the gunmen struck.

Ebonyi Herald learnt that Mr Chukwu, who sells groceries, was killed by suspected assassins in Abakaliki, the capital of Ebonyi State, on Monday night.

A relative quoted the victim’s fiance as saying that Mr Chukwu was shot at night after closing one of his shops as he made to enter his car.

“He has a shop at International Market where he deals on provision goods. He owns another joint at Chukwuma Ofeke street Ameke Aba,” the source said asking not to be named as he has no permission to speak to journalists on the matter.

“The incident according to the wife happened at about 9 p.m. when they had closed shop and were about to enter their vehicle.

Is It Constitutional? Deputy Senate President Speaks on Umahi's Sack by Court 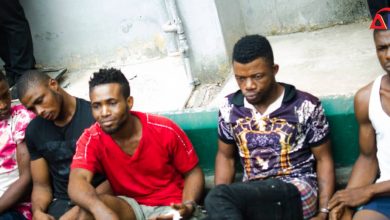