The state Commissioner for Information, Uchenna Orji, explained why it was named after the governor, “Just like every other school named after notable personalities in honour of their contributions to the development of the society, the House of Assembly has deemed it fit to give honour to whom honour is due, by naming the ultra-modern 21st century state -of- the international medical university after the vision-packed governor of Ebonyi State, whose brainchild gave effect to the concept now celebrated by all.” 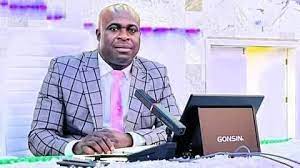